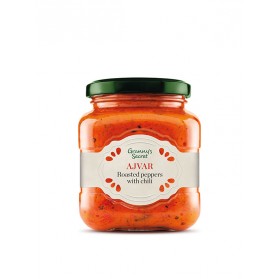 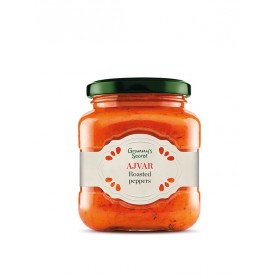 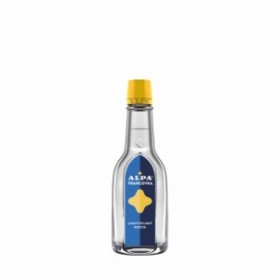 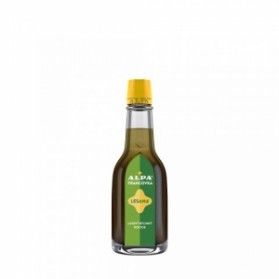 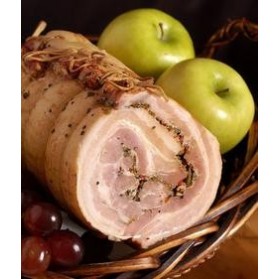 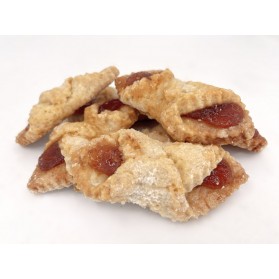 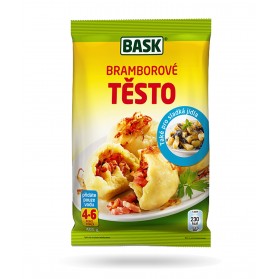 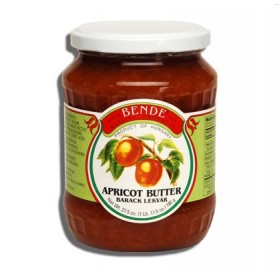 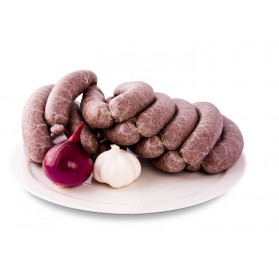 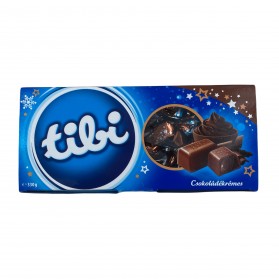 Check our Czech food deli! We have all the best from their traditional cuisine. An absolutely best-known course from this part of Europe is a hand-made knedliki. They are a popular flour dish of Czech and Slovak daily diet. Prepared from the dough, usually made of boiled potatoes (bramborovy knedlik) or wheat flour (houskovy knedlik) with the addition of yeast. We are sure, that You will like those available in Fabko European Food online store. Especially when they will be washed with Kofola original drink. But inhabitants of this part of Old Continent love also czech sausages. The most popular ones are smoked sausages called Spekacky or traditional sausages – Spisske Parky. Unfortunately, the cuisine of this part of the world is not very vegetarian-friendly. The only suitable dish for them is fried cheese in breadcrumbs. And also a few potatoes courses. Fortunately, they can enjoy a great beer.

Czech food deli also contains many unique products. From those, we must necessarily mention very special sweets. One of the best examples is Lentilky. They are the chocolate bonbons, very similar to Smarties, but… much tastier! Very well known is also Horalky milk cream wafer or Horalky hazelnut wafer. They are supposed to be just wafers, but… there must be something about them at all! Especially since they are a bestseller in our store. Moreover, an extremely valuable delicacy in the whole of Eastern Europe is Studentska chocolate. What cannot be found in it! There are hazelnuts, jelly beans, and even pieces of fruit. Even right now these chocolate bars are the most common imported sweets from Czech. Last but not least is oblaty. They are a type of round wafers with a diameter of 10-20 cm, thickness 1-3 mm. Prepared according to a traditional (XIX century) recipe with a sweet and vanilla flavor.

This part of Europe is not only about beer and dumplings. Although the local cuisine is not the healthiest, it certainly has many specialties to offer. Also, those that you can conveniently get in our store. We provide both wholesome meals as well as snacks and sweets. Czechs are famous, among others, for their delicious preserves. These can be, for example, Pickled Vegetable Salad, Strong Capsicum, or Pepper Spread. Vegetables in meals are rarely represented due to the terrain of this country. And the small number of farmlands. This is why the courses from there contain a lot of meat. And also why the meals and dishes consisting only of it are an ordinary view. The most often met kinds of meat are delicious pork, beef, and venison. Czechs especially like to consume it with lots of great beer. It has to do with the history of these countries, influenced by Germany for centuries.

Kofola and Hand Made Knedliky. As good as Polish food deli and Hungarian food deli

Nowadays, with the development of vegetarianism, Czech and Slovak’s cuisine is undergoing a real transformation. Over the years, only the most profitable types of vegetables have been grown there. People ate nutritious but high-calorie and always the same dishes. For several decades, the daily menu there has become distinguished by a variety of flavors. Currently, it is an ideal proposition for lovers of classic dishes based on long-standing recipes. Thanks to natural methods of preservation and extending the shelf life, these delicacies can be purchased now at the Fabko online store. There are, among others, the famous, Hand Made Knedliky (dough dumplings), Speckles Noodles, and Smoked Sausages. Extra, we offer renowned Czech meat products such as Smoked Sausages and Veal Franks. Besides, we do not neglect the assortment that Czechs probably can do best. That means sweets. On our pages, you will also find Liqueur Filled Chocolate, Milk Pralines, and Roasted Peanut Dragees.

Czech food deli is, above all, a wealth of flavors and traditions. It is a cuisine with a rich history and many unique practices related to food making. It is a country divided into three regions, each of which has different customs. The meals prepared there have to be filling. If we want to feel the atmosphere of this country on the palate, we undeniably have to try hand-made dumplings or potato dumplings, preferably with pork or venison stew. And also with fried cabbage. It is the most popular meal among tourists visiting the country as well. The second most popular course is fried cheese (smazeny syr). Czechs use Edam, munstera, or hermelín cheese to prepare this dish. They cut the cheese into thick slices and coat it in flour, egg, and breadcrumbs. Then they fry it in a pan or deep fat. Commonly, they serve this meal with salad, potatoes, french fries, and tartar sauce or mayonnaise.

Slovak courses definitely worth to taste

Slovakia, although being a country with fewer traditions, has several noticeable delicacies in its cuisine too. First, they are Slovak noodles (halušky), their national dish. They are small potato dumplings, which they usually serve in a cream-leathery sauce and with cracklings. There exist many variations of this meal. Also, we can easily find it in virtually every place in this country in the south of the Carpathians. These can be halušky with spinach, cheese, or meat. It is also a part of Europe where soups play a crucial role in alimentation. The Slovaks' specialty is their traditional bean soup. Traditional fazulovica is very dense and contains fine beans, chopped vegetables, and bacon. Slovaks predominately prepare the decoction on pork ribs, and they top the whole with cream. Moreover, we can unquestionably recommend the onion soup, garlic soup, and traditional cabbage soup also loved in this country.

Food in the Czech Republic reveals an abundance of flavors. Each meal is filling and specific. Czechs love soups, starting with broth and ending with tripe. Besides, Czechs serve the famous dumplings with almost every meal. Indeed, they eat plenty of those sweet with fruit or dry with pieces of meat and thick sauce. The food in this country is mostly pork, cabbage, and dressings. It is filling and nutritious, and in some aspects, it may remind us of Polish cuisine. However, in the number of hot dogs sold, the Czechs can undoubtedly compete even with the USA. Even to Europeans, Czech delicacies seem different. On the one hand, they are surprised by the simplicity of the local cuisine. However, the number of rich flavors they can extract from these simple meals leaves them charmed. Undoubtedly, it is a country whose culinary customs and culture are worth getting to know. With us, you can do it without leaving home.

Slovak cuisine highlights, why is it so worth trying?

Slovak cuisine noticeably differs from region to region. In some, the culinary traditions of their neighbors have significantly influenced it. The origins of traditional Slovak cuisine date back to when the population lived in the countryside. They were on their maintenance, with limited food imports and without modern ways of food preservation and processing. That gave rise to a national cuisine heavily reliant on many staple foods. And also on nourishment which could withstand hot summers and cold winters. These include wheat, potatoes, milk, and dairy products, pork, sauerkraut, and onions. Meat to a lesser extent. Typical Slovak families made and processed their meals and courses for themselves or some local trade in domestic markets. To this day, many products have just such a local character there. And thanks to the Fabko online store, you can enjoy them even in the USA. We are glad that we can deliver them anywhere in America.

Eastern and Central Europe is a part of the world known for its very natural cuisines. A complicated history and the local nations' attachment to the traditional ways of preparing nourishment have made healthy even the local mass production. Thanks to this, products as Czech sausages, salami, and sheep cheese are highly desired abroad. And no wonder, because apart from being wholesome, they have a full, natural taste. The Czech Republic and Slovakia are also two countries that are famous for their original dishes such as dumplings, plum jelly, and breaded cheese. There are also goulash, cabbage soup, and potato soup. Although we mostly associate these lands with excellent beer, their national cuisines also have plenty more to offer. Right after beer, we should mention delicious sweets, which have their fans all over the world. Lentils, coffee wafers, or salty sticks are just some of them.

That's right. Fabko online store is a brand that, for many years, has specialized in importing and selling food products from European countries. Among them, you can find Poland, Hungary, Czech Republic, Slovakia, Germany, Romania, the Balkans, and many more. We do this because we like the local cuisines, and we want to share their specialties with others. We offer ready-made dishes as well as ingredients that allow you to prepare your versions. All of them we usually import directly from the Old Continent. Fresh, fragrant, and delicious. We pride ourselves on delivering virtually anywhere in the United States. And also that our shipping is indeed fast. In some locations, you can enjoy your order the very next day! We do not doubt that every fan of European delicacies will find their favorite products on our pages. Even if you are not a fan of the Old Continent's victuals, you will undoubtedly become one after one try.

Czech Spekacky sausages are undoubtedly a real treat for all fans of this kind of cold meat. Folks living in the country on the Vltava River from a finely minced mixture of pork and beef with the addition of smoked bacon. It is where the name of this delicacy comes. Indeed, these European cold cuts are among the best known and eagerly consumed by tourists. And especially when the manufacturers season them with garlic, pepper, and a little nutmeg. Besides, speckled potatoes marinated in a sour marinade of various compositions, with the addition of mixed vegetables and spices, are called Utopence. Habitually, you can find them in a jar standing in plain sight in a typical local restaurant in Prague. Above all, they are a great appetizer with excellent Czech beer. Fortunately, thanks to the Fabko online store, you don't have to travel that far to enjoy their original flavor. Here you can easily order them straight to your home.

Kofola is a distinctive cola from the Czech Republic

Do you consider yourself a cola fan? Then Czech Kofola is undoubtedly the drink for you! Its production started back in 1960 in Czechoslovakia, where it gained its peak of popularity. Even today, residents of the capital cities on the Vltava and Danube Rivers choose Kofola over regular cola. Moreover, it is undeniably the most popular fizzy drink there. What is the secret of its phenomenon? Among other things, it is the main ingredient, which is the Kofo syrup. It consists of 14 different herbal and fruit ingredients. Manufacturers add it to water, sugar or fructose syrup, caffeine, and caramel. Indeed, compared to any other European coke, Kofola contains about thirty percent less sugar and over fifty percent more caffeine. It is also healthier because it contains no phosphates. In Czech restaurants, the customer service habitually pours it directly from the keg. You have guessed, just like beer.