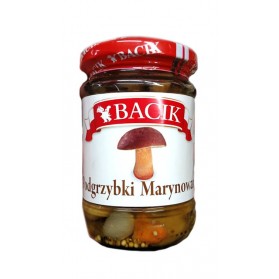 Pickled Mushroome In Vinegar. No Preservatives added.
$8.29
Add to cart 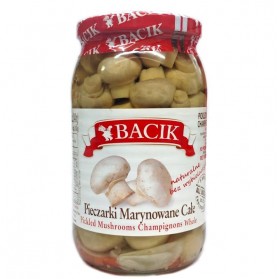 Champignons Whole in Acid Brine All Natural No Preservatives Added
$8.99
Add to cart 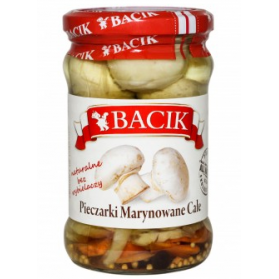 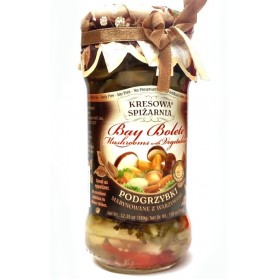 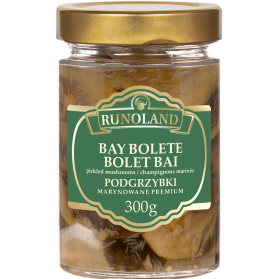 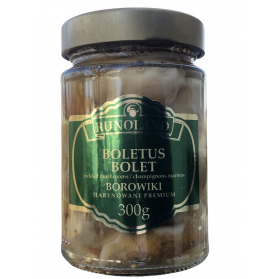 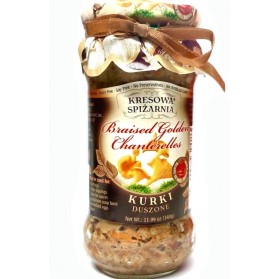 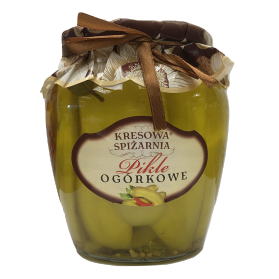 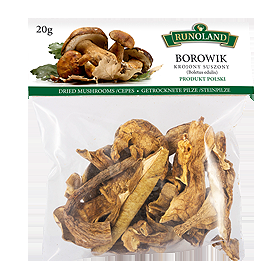 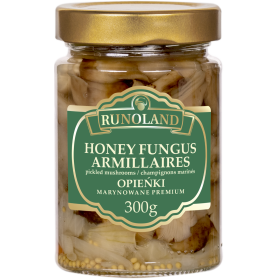 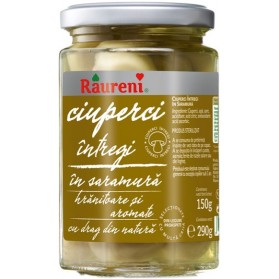 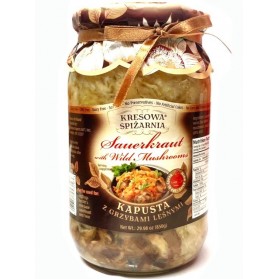 Mushrooms, European forests are full of them. They have been one of the most important elements of the peoples from the Old Continent alimentation since the Stone Age. And no wonder, because the climate and mulch in that part of the world favor their cultivation. Bay Bolete in Vinegar, Dried Bay Bolete Cuts, and Dried cepes are considered an extraordinary delicacy in almost every country. They are made into soups, appended to national dishes (for example Polish Bigos), and are consumed as appetizers. The role of the snack very often play Marinated Boletus, Pickled Champignons, or Marinated Champignons. There are an extraordinary movement and a kind of ”hunting” for the best species every autumn in Polish forests. These trips are almost a national tradition in this country. As well as the unique recipes for Dried Bay Bolete Cut or Cepes Whole Marinated. You can enjoy the effect of the original European traditional mushroom preparing methods by purchasing them in our online store.

Marinated mushrooms in East-European cuisine have always been important, both fresh and dried. Traditional dishes such as dumplings or croquettes would not be complete without them. Some people only like boletus, some choose champignons. Everyone can find something for himself in our offer. Mushrooms are extremely tasty, but are they also healthy? We should remember that our stomach has problems with digesting them because their building material is chitin, a polysaccharide with a chemical structure similar to cellulose. It remains in the intestines for a long time. On the other hand, mushrooms contain vitamin A in the form of carotene, as well as significant amounts of vitamins B1 and B2. The other vitamins, including C, are found in trace amounts. They are also a source of protein (intermediate between the animal and vegetable proteins). Very important is the fact that they contain few calories, and are good for vegetarians (as a perfect meat substitute).

Poles, Hungarians, and Romanians undeniably love forest mushrooms! And there are dozens of delicious meals with those. The first thing that immediately comes to mind is a delicious risotto. It is where boletes, dried bay boletes, and butternut squash will do very satisfactorily. Just add parsley, rice, and grated Parmesan cheese. And enjoy a flavorful meal! The same goes for soups. Honey Fungus Armillaires, Slippery Jack Suillus, and Lactarius Deliciosus are often their ingredients. They also taste delicious straightforwardly fried with butter on a pan. Undeniably, a tasty dish and, at the same time, trivially easy to prepare are pancakes. They work well for many unexpected occasions. Marinated mushrooms are also relevant in the cuisine of the Old Continent. Admittedly, this is more of an appetizer than a stand-alone meal. You can serve them on their own on a plate or use them for meat and salads. Undoubtedly, they can enhance even the unchallenging course.

Advantages of mushrooms imported from the Old Continent

Boletes, bay boletes, and Suillus Luteus are fungus species that often appear on the tables in Poland or Hungary. Many inhabitants of the Old Continent grow them themselves. But professional producers also make every effort to ensure that the quality of their products is as high as possible. They habitually buy a large part of the mushrooms used for marinades or sauces from pickers who gather them in forests. And the forests of Central Europe are among the cleanest. Their fruits are pure nature. A clean environment produces a bountiful harvest full of flavors and aromas. Indeed, it is the most reasonable reason you should try Romanian and Polish mushrooms. No matter if you add them to scrambled eggs, meatballs in gravy, or pancakes. These forest nature gifts will undoubtedly take their savor to a new high level. With Fabko online store, you can find it out even the very next day.