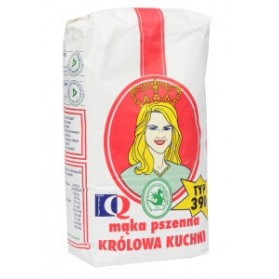 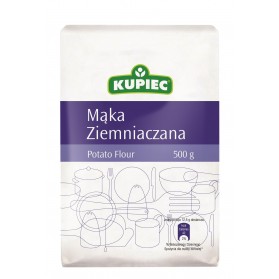 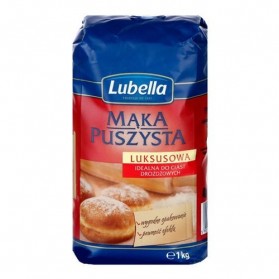 Since year 1881 Lubella is proudly making the best flour with the best wheat on the market. NO GMO- IMPORTED FROM POLAND
$3.99
Add to cart 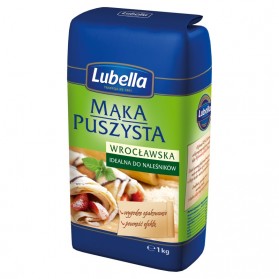 Wheat flour is ideal for pancakes. NO GMO- IMPORTED FROM POLAND
$3.99
Add to cart 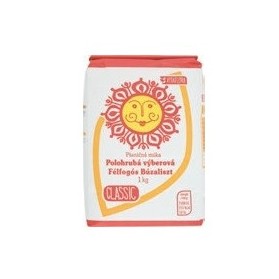 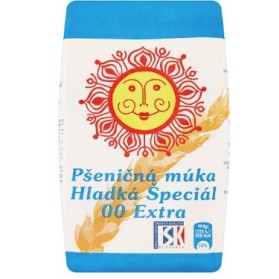 Flour is created as a result of the dynamic grinding of grains or, for example, coconuts or almonds. It is characterized by fine granulation and loose consistency. Its history goes back several thousand years when man started a sedentary lifestyle. As the centuries passed, the technology of its production has developed strongly. Currently, we manufacture it with machines. However, in the eastern part of Europe, a large part of it is still produced traditionally. For example, Europeans produce Polish Rye Bread flour, Czech Hladka Mouka, and Czech Mouka Hruba Zlaty Klas with the preservation of centuries-old tradition. Depending on the type of grain from which we obtained it, we can use it for various purposes. It can be food, feed, or industrial usage. But everyone knows that it is most often used in the production of bread, confectionery, and pasta. And also for homemade pastries such as cakes, pancakes, and crepes.

Flour in Europe remains one of the most important food ingredients. Its nutritional career began when people noticed that ground cereal grains possess much more beneficial properties than those eaten rawly. At the very beginning, people grind the grains between two round stones. Over time, we began to produce in windmills and watermills. The development of the milling craft was gaining momentum. Soon, people started to enrich the flour with some minerals. Today, flour is routinely produced in large specialized factories. In addition to the most popular type of it, wheat flour, cornflour, and wholemeal one appeared. Although American products are totally fine, European blends are worth trying, because, the Old Continent has a tradition of their manufacture dating back to antiquity. Fabko online store offers you a selection of these products from countries such as Hungary, Poland, Czech, and Slovakia. We are convinced that thanks to them all your home-baked goods will simply taste better.