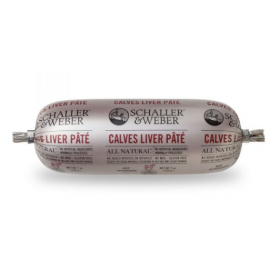 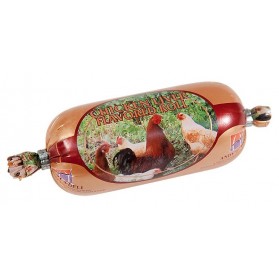 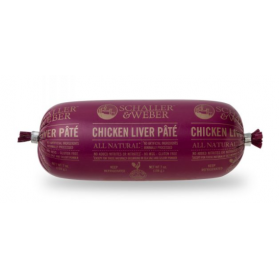 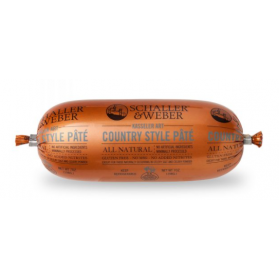 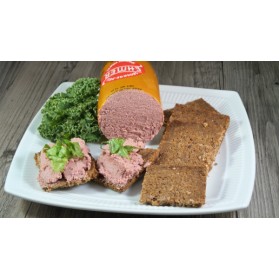 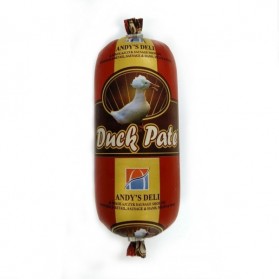 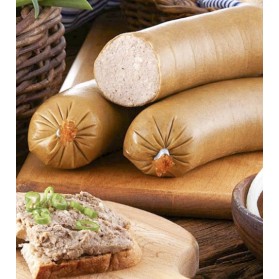 0 Review(s)
Farmers sausage is a very rich pork and pork liver sausage. It’s a versatile sausage due to its rich flavor and perfect for a German style meal.
$10.99
Add to cart 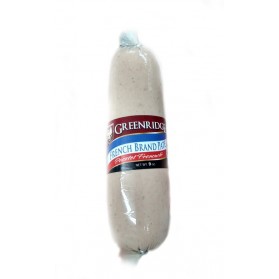 0 Review(s)
French brand pate made with pork and chicken.
$4.79
Add to cart 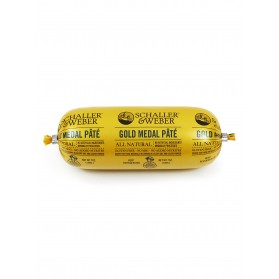 0 Review(s)
Rendered Goose Fat. Fully cooked, rich in Oleic Acid, 100% natural. Discover the culinary benefits of cooking with goose fat, not least for making the best-tasting roast potatoes. Goose fat is also good for you in comparison to other animal fats. It is high in 'heart healthy' monounsaturated fats which can lower blood cholesterol level
$7.99
Out of stock 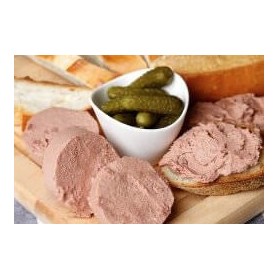 0 Review(s)
Smooth, creamy pate that is made from goose liver and goose meat. A very fine spreading, a real gourmet delight!
$7.69
Out of stock 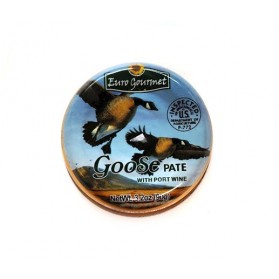 Calves liver and polish cold cuts are the results of cultivating centuries-old traditions of using good quality forcemeat, but also utilizing giblets and offals. This type of ailment was already known in ancient Rome. However, the perfection in their preparation was achieved in the Old Continent in the 16th century, principally in France. French developed the most renowned recipes for the goose, chicken liver, and duck pate. But this category additionally includes products such as cured & cooked pork hocks, farmer's liver sausage, or the famous Polish blood sausage (kiszka). These selections of dishes can be prepared either from meat alone or with a mixture of giblets. Both of them taste really good. What makes these courses taste extraordinary, are also the proper additives and spices. Hungarians, Poles, and Romanians use a lot of pepper, ginger, nutmeg, salt, sugar, and aromatic alcohol. That is why their products’ flavors are so unique and perfectly good.

Polish loaves and pates may vary depending on the country they come from. In countries like Germany, Hungary, or Romania, they usually are made as spreadable sausage. Whereas in Belgium or France they are a kind of pie. Moreover, the ingredients may differ. For example, in Western Europe, they are produced with good quality meat. But in the Eastern and Center parts, the giblets are added. In those places, this type of product also includes pork&hicken liver and veal spread, seasoned pork lard, and lard with onion. And they are considered real delicacies there, most often eaten with bread. Pork bacon pate (smalec) in particular is a true delicacy from Polish mountains, loved as a perfect snack and appetizer. Fabko online store remains an appropriate place when You can browsing and ordering those extraordinary delicacies. How about doing it right now?

The traditional cold cuts from Poland on your table

Pate is a dish that has a long tradition on the Old Continent. Indeed, there were even special workers at the royal courts there, producing only these victuals. Back then, they prepared those delicacies from various types of meat. And, additionally, enriched them with dried mushrooms, eggs, and aromatic spices. Undoubtedly, a table without blood sausages or pork fat with cracklings was hard to imagine then. Same as without chicken, liverwurst, or calf liver pate. Especially during Christmas or Easter. The origins of this dish undeniably go back to Roman times. In turn, in the modern era, the French have mastered its preparation. However, nowadays, the tastiest ones manufacture Hungarians, Poles, Germans, and Romanians. They use not only pork in their production. They also successfully utilize beef, poultry, and even goose livers. If you are a fan of this kind of meat dainties, Fabko online store is the most appropriate place. Check out what we have prepared directly for You.

Venison pates are in the most favor in Eastern and Central Europe. Unquestionably, they belong to the prized delicacies there. And no wonder. Animals living in the wild eat only natural ingredients. Therefore, their meat is simply the healthiest. However, their flesh is very costly as well. Traditional versions come from pork. Preferably they come from a shoulder, neck, ham, or hip. They customarily also contain more fatty additives, such as a dewlap or raw bacon. With mentioned additions, these victuals include a significant amount of harmful, saturated fatty acids. However, they simultaneously provide a lot of wholesome proteins too. Ones that regulate the functioning of our central nervous system and have an impact on our emotional state. And also on our mood, memory, or concentration. For all that, it is good to remember that one should consume these dainties in reasonable amounts. It's advisable when these products are part of a balanced meal.